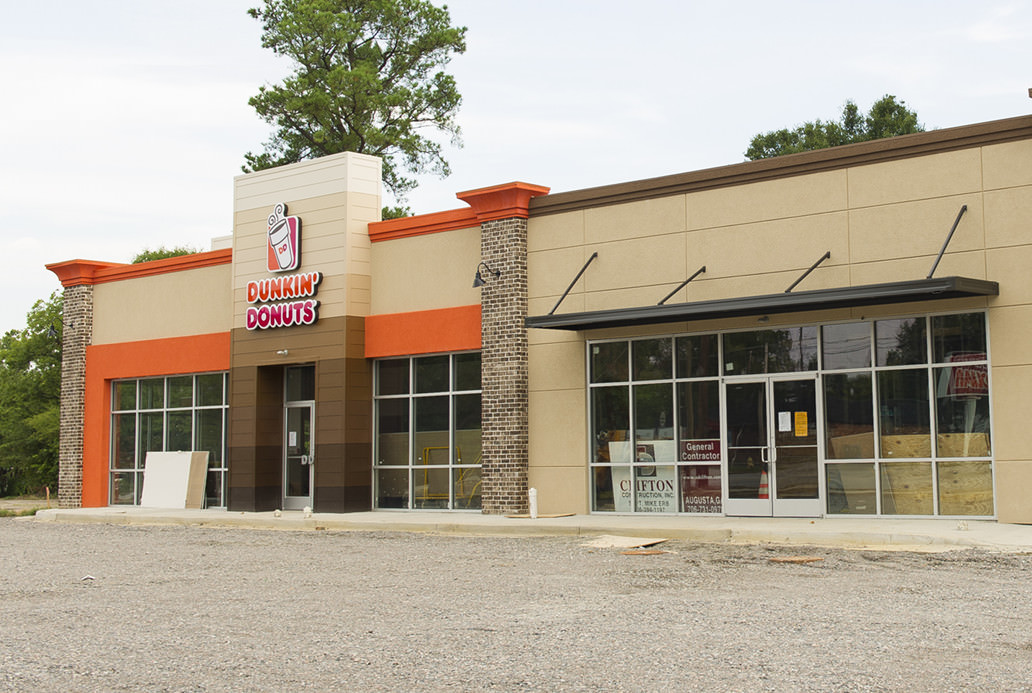 Dunkin’ Donuts and Which Wich ~ Walton Way –  Jordan Trotter acquired and developed the newly opened multi-tenant building at 1640 Walton Way in Augusta. The building includes Dunkin Donuts with a drive thru and Which Wich sandwich shop. This location is strategically located at the entrance to Augusta’s medical and teaching facilities.

ACHS Insurance Company ~ Evans, GA  –  We are pleased to announce Holton Brinson recently completed a huge deal for ACHS Insurance Company. They will be expanding and building a brand new 20K square feet office complex in front of the Evans Town Park on North Belair Road in Evans, GA. We wish them great success!

McDonald’s –  Jordan Trotter acquires another location for McDonald’s in Saluda, South Carolina. The site work has commenced and McDonald’s plans to open the store before the end of the summer 2015. This is the 30th location that the Jordan Trotter team has acquired on behalf of McDonald’s.

Aldi’s –  Jordan Trotter represented ALDI in acquiring its third location in the Augusta MSA. The site is located at the intersection of Knox Avenue and LeCompte Avenue in North Augusta, SC and they are scheduled to start construction within the next month. ALDI, the nation’s leading low-price grocer, operates nearly 1,300 stores in 32 states.

Dollar General Grand Opening –  Jordan Trotter completed the development of its 7th Dollar General in the greater Savannah, GA area in March with the grand opening of a new store at 3005 Ogeechee Road. Congrats to Dollar General, who is closing in on 12,000 retail stores across the nation!

Jersey Mike’s Subs Grand Opening –  Jordan Trotter completed the development of Jersey Mike’s Subs at 2823 Washington Road, Augusta, GA. This is their 5th store in the CSRA. Congratulations to Eric Clark of Clark Construction Services & Jersey Mike’s on such a great looking building.  Please stop by and enjoy their delicious subs!

Unisys at Fort Discovery –  We are excited to announce that after 9 months of courting, Jordan Trotter Commercial Real Estate has finalized the Unisys project at Fort Discovery! 700 new jobs along with a $20 million dollar investment into downtown is the catalyst Augusta, GA has needed for many years. Congratulations to Unisys and to everyone involved.

Kroger Center –  Jordan Trotter Commercial Realty assisted Greenland Developers, Inc. in the sale of 26 acres for the development of a new 113,000 square foot Kroger center in Rincon, Georgia. Construction is scheduled to start this summer.