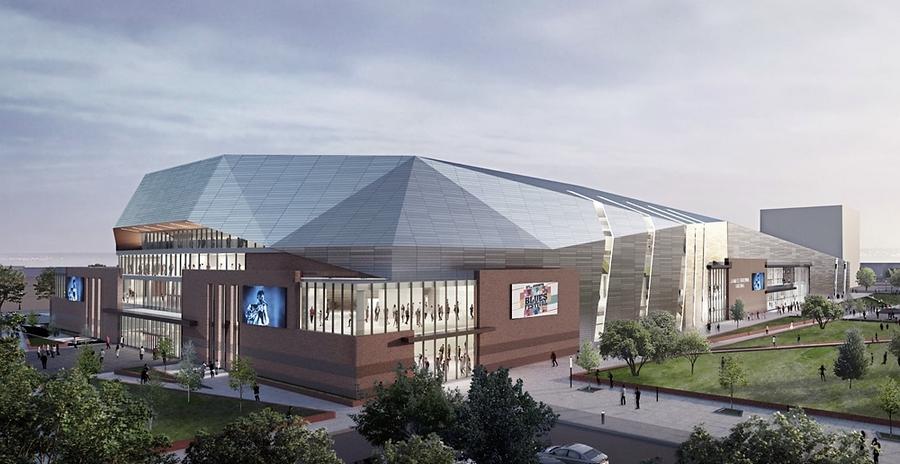 Plans are underway to replace the James Brown Arena and Bell Auditorium entertainment complex in Downtown Augusta. The proposed plan includes premium seats, and a capacity of 10,000. It also calls for 12 suites and multiple luxury boxes. The design will merge the existing Bell Auditorium with the new arena facility.

Partial funding for the project will come from Special Purpose Local Option Sales Tax 8 (SPLOST 8) money that recently passed in a special election. Coliseum Authority Vice-Chair, Brad Usry says, “The building and campus are epic and the economic impact will not only be immediate, immense and far reaching, but will be felt for decades. Cedric Johnson is the Coliseum Authority Chairman. He says that while the SPLOST 8 passing is definitely a positive for the project, it is only the beginning. Other funding efforts are also underway to ensure the project in its entirety will be funded. “We continue as an authority to look for alternate finance methods. We are in the process now of looking a public financing to make sure that we have left no stone unturned with the money we are going to need to finance the arena.”

“This is one of the only facilities of its kind that is named after a famous performer. This fact, along with James Brown’s legacy around the world makes this project so special. James Brown made a huge difference in Augusta with his caring spirit and philanthropic endeavors. We spoke with Deanna Brown, daughter of the Arena’s namesake. Deanna says “I am wishing for the best, not just because my father’s name is on it, but for the community as a whole to be able to continue to enjoy performances here in Augusta. I am pleased that the voters voted YES to the SPLOST 8 so the NEW James Brown Arena is one step closer to becoming a reality.”

There is still a lot of planning, underwriting, and community input before any ground breaking is to be done. The Jordan Trotter team is proud of our role to help the initial phase of the project “get on the good foot”.